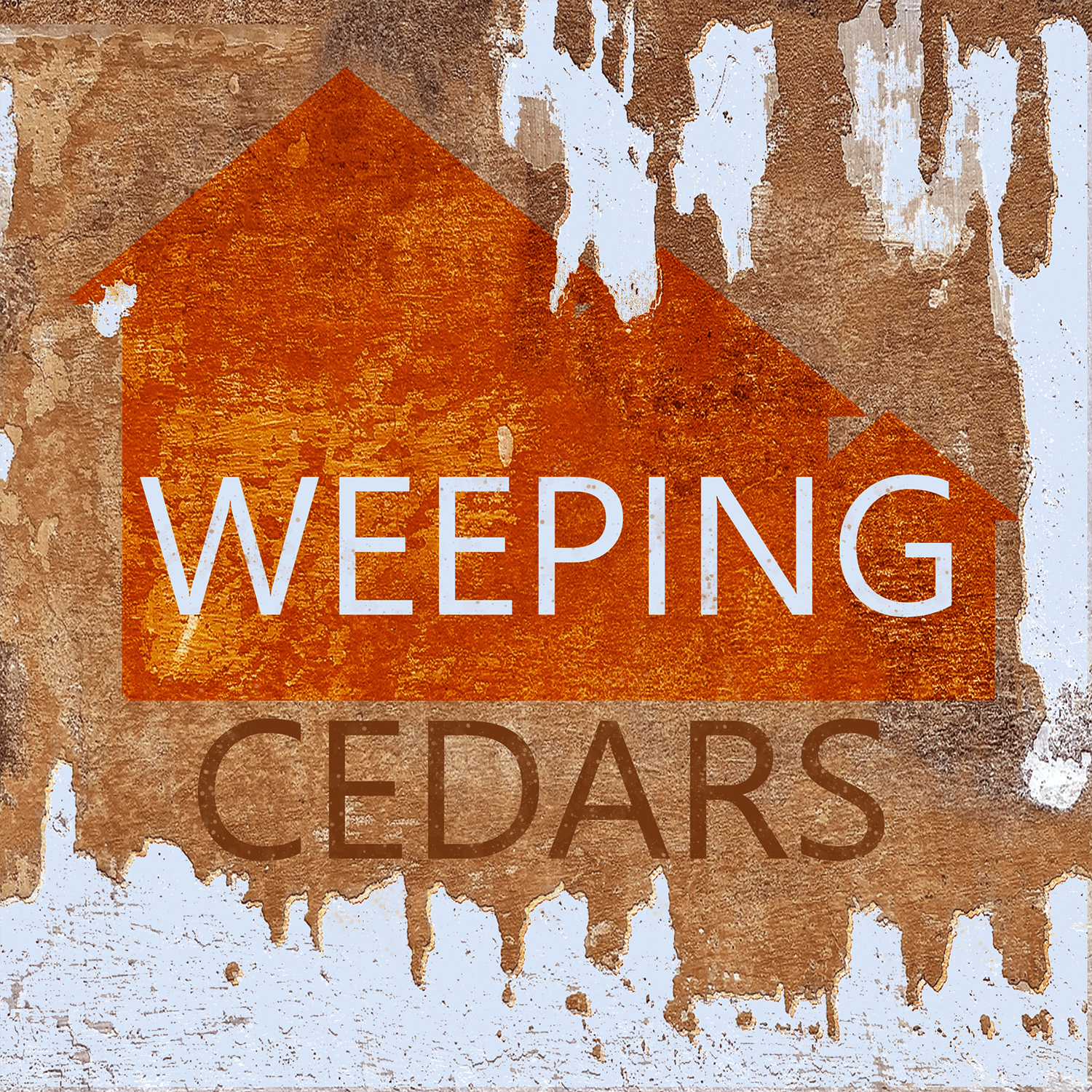 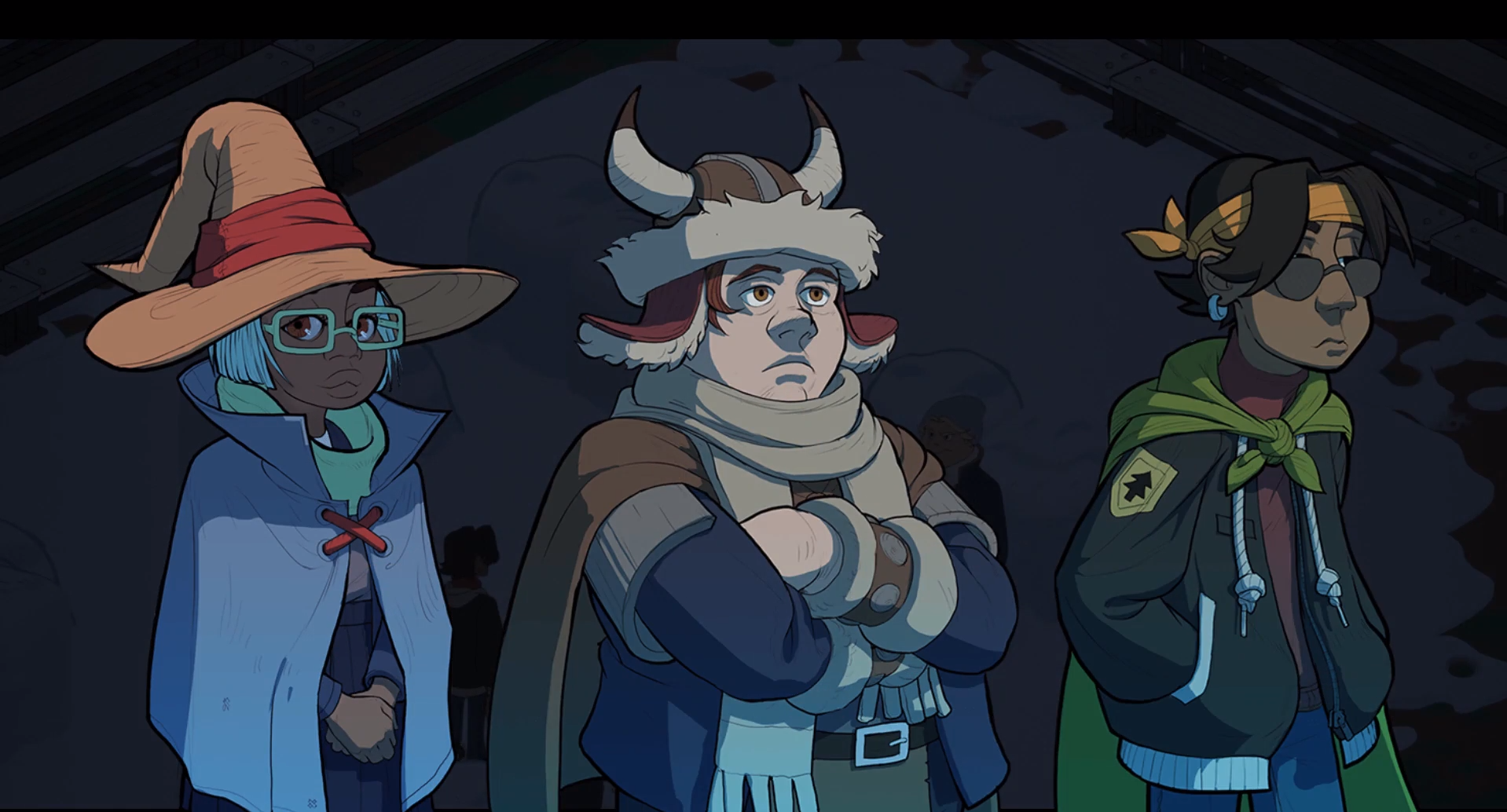 Wintermoor Tactics Club, developed by EVC and published by Versus Evil, is a cross-genre social-sim and turn-based tactics game. It is a woke marriage of Rockstar’s Bully and Subset Games’ Into the Breach. And while it never rises to the level of either of those games, and its non-combat gameplay can be less than engaging, WTC is a welcome, charming, and sometimes exceptionally enjoyable game about friendship, alternative problem-solving, generational burdens, gate-keeping, and the gaming community in general.

The game takes place in the early 1980s at a private school in the American northeast, and you play as Alicia, a young, geeky girl whose talents lie mainly in writing and inter-personal dynamics. Both of these will come up throughout the game, and, satisfyingly, one of them plays a part in the larger last confrontation of the game. She is a member of the Tactics Club, a group of students who play a tactics-based table-top RPG Curses & Catacombs (C&C) that includes Colin and Jacob.

At the beginning of the game, most students at Wintermoor Academy are part of their own clubs an do their own things. But then, through a decree of the school’s principal, the clubs come into conflict with each other, leading the player through a story that starts off a bit slow, but, for a certain people, can often be enthralling. Who are those people? More about that in a bit.

The gameplay is broken into two parts. The first, and most prevalent kind of play for most of the game, is clicking on different parts of the school, walking up to people, and clicking through dialog. There’s no voice-acting in the game, so it’s just reading through the heightened-reality dialog of mostly over-dramatic teens (which is to say, teens…also, sorry teens), who have problems associated with their different interests and relationships. For the most part, these little stories are written well-enough, and I sympathize with having to try to find compelling side-stories for so many students. But, what these side-stories lack in compelling narrative sometimes could have been solved with even light point-and-click puzzle elements. Because, with its map, locations, and art-style, WTC really feels like a Lucas Arts era adventure game. But, disappointingly, there are no real puzzles in the game. You don’t really have to figure anything out (except once or twice in over 10 hours of play).

The other main part of gameplay is the tactical combat which is good. The battles start off easier than is perhaps fun for someone who has played tactics games before, though they do eventually get harder. And there are much more difficult combat challenges throughout. Players field a team of three club-members in different fantasy combat scenarios (and a few real-life ones as well). Each character has their own skills, and players are asked to mix-and-match these character combinations. There are unlockable equipment upgrades for each character that come through doing side-quests or playing special combat scenarios for each member of the Tactics Club. But, again, since there are no puzzles involved in unlocking the upgrades that are story-dependent, you just need to go and click on the right people a few times and you get them.

The last part of gameplay comes when Alicia moves from being a player to a game-master and you get to craft some story elements for other players. This part can be really interesting, but it’s unclear how much your choices here affect the story or the playing of the adventures.

Overall, it’s the combat that stands out in WTC, though its slow difficulty-ramp-up is a little frustrating. It implements some of the great ideas that Into the Breach made popular in the genre, though it isn’t super forthright with explaining those things (like hovering over an enemy to see who they will attack and why).

So, who might find the game’s story enthralling? I can’t speak for everyone, but the parts that drew me in far more than I had expected were the made-up history bits about their fictional version of D&D. Fake adventure modules, figurines, and so-on, all gave me a pretty strong nostalgia for RPGs in the 80s. The plot device of having players play their way through an unpublished adventure (with a lovely nostalgic bit of cover art). Of course, the story will also be interesting to people who like private-school stories, stories with fleshed-out female leads, and anyone looking for something a little different than what video games usually offer (the white-dude with a gun/sword/magic). I treasure games that let me play as someone who has had a different experience than me, and Wintermoor works on that level, though it does take a little time to get there.

It is perhaps worth saying something here about the topics of race and gender, because they do come up in the story here and there, and it underlies much of the story’s subtext. Alicia is one of the few black students at Wintermoor, and she looks up to the one other black female in the school, who has risen to the student council. The majority of students are white, with a few other exceptions, and, for the most part, all of this works very well. People don’t overtly bring up characters’ ethnicities except in one situation which screams, “here’s what a microaggression looks like.” And that, perhaps feels a little untrue. Not the microaggression bit, but the fact that in an upper-crusty northeastern school in the early 80s that Alicia never once faces overt, in-your-face racism. And, I think the reason for this is that if she had, the game would assume that whoever the racism came from, would be entirely unsympathetic. And this game is about sympathy and empathy. It wants to save everyone which, as a Universalist, I admire and sympathize with. But I do wish they had tackled that bit of reality a little more directly, or, at least, explained why Alicia doesn’t once face anything like that in the game.

Otherwise the normalizing of a black female protagonist who loves writing and fantasy and works to keep her friends together, is anxious about her own place in the school, looks up to anther girl, and is oblivious to the boy who has a crush on her, is first, long-overdue, and second, very welcome. Alicia, despite my first impressions of the character, is well-fleshed out. Though, I’m not sure that she has much of an arc in the story that is distinct from the arc the school as a whole experiences.

Now, I will say right off the bat, that as someone who was instrumental in creating a gaming group for my local church, and someone who has read the Silmarillion a number of times, I immediately sympathized with Colin, one of the original trio of your team. I took the lecture that Alicia gave him about reading other people than Tolkien to be a bit heavy handed, and I found the fact that Alicia is always right when it comes to her somewhat ignorant cis-male Caucasian friend to be…frustrating. Unless it comes to rules-lawyering, Colin has nothing to teach Alicia, but she has everything to teach him. Essentially, Colin is boiled down to his love for gaming and standard popular fantasy, and there’s nothing else he has to offer. And, once he’s been boiled down to this, it’s critiqued the whole game through. It’s not that the game is unsympathetic to Colin, it isn’t, but he, and to a lesser degree, Jacob, have really nothing to offer to Alicia in return for her insights. That isn’t to say she’s never wrong, she is. But not when it comes to Colin, and that felt a little on the nose.

It took me around 12 hours to play through Wintermoor, and because of the tediousness of the between-combat parts, it definitely felt its length. This was exacerbated by the continued introduction of new team-members almost right up until the end of the game, which made the pacing feel off. However, with that general length in mind, the game is quite good for one-hour chunks to sit down, do a few battles, have a few conversations, and advance the story. You could probably do the game in less time, but I did every side-mission I could, less for those story bits, and more for the gear that you get.

I would recommend Wintermoor Tactics Club overall with the desire that, if they were to ever make a “Year 2” version of the game, that the puzzles would have more depth, and the social elements of the game would play a larger part in the game mechanics.